Public And Government Clearance – 5 Reasons That Access Is Denied 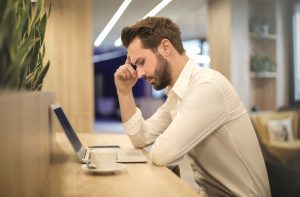 When requesting access to a government facility, there are some reasons why a person may receive an access denied response. This is common with the public as well as with government officials. Those officials do have appeal hearings they can participate in to potentially revoke the clearance loss, but the public doesn’t usually have access to that same appeals process.

Why would a facility decide that access can no longer be granted to an official who previously had access? While it may seem troublesome at the time, it is always done with security in mind. Modern access control systems are updated on a regular basis. Information is pulled from criminal databases as well as third-parties. The visitor often provides some info themselves.

Following are the top five reasons that a person might receive “access denied” even if they have an appropriate access card. These reasons apply primarily to government facilities, but some of them are important at public facilities as well. It depends entirely on the nature of the organization and the importance they place on security. 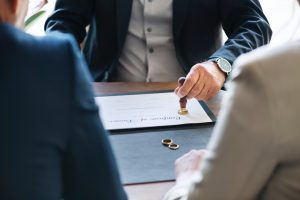 This one should be obvious, and it’s one that applies to public facilities as well as government buildings. If a person is involved in criminal conduct, then it is highly likely they will have their access denied at many different facilities. Of course, the nature of the crime and its severity does have some bearing on the decision. A speeding ticket might not cost a person access, but becoming a habitual violator definitely would.

Details regarding the crime will likely come from multiple sources. The visitor may report the crime, or the system may automatically pull the information during a routine check. Depending on the person’s position, it’s possible the offense was covered by local media as well.

Some time may pass between the criminal conduct and when access is revoked. This depends on how the systems learn about the crime and how long it takes involved parties to weigh the decision. State-of-the-art security systems used at public facilities run criminal background checks on a monthly basis. Government facilities tend to do so more frequently.

There are thirteen different adjudicative guidelines that can cause a person to be denied security clearance for government facilities. Guideline B, which relates to foreign influence, is one of the most common reasons. Foreign influence is a tricky guideline to work with, but one that ultimately has a major impact on security.

The problem with significant foreign influence is that a person may apply for security clearance while having divided loyalties between the United States and another foreign government. Obviously, this wouldn’t be as big of an issue for many public facilities, but can still be a concern depending on the nature of their business. 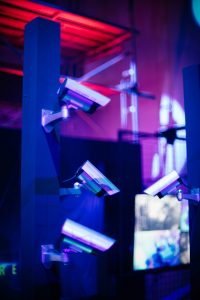 Personal conduct aligns with Guideline E and is equally as important in public facilities as is it is with government security clearance. It is a broad concept that could include any number of poor personal decisions. For example, if it was discovered that a person was falsifying information when first applying for clearance.

With the rise of social media, we are seeing more and more individuals denied access because of their personal conduct online. It’s not uncommon for an emotionally charged post to cause an individual to have their access denied.

The consumption of alcohol is certainly not illegal and recreational drugs are becoming more acceptable in many states, but that does not prevent them from interfering with security clearance. It could be a matter of personal behavior in many cases. If access is denied by a business, it could be because alcohol does not align with the ideals of their brand.

This final security clearance issue applies mostly to government security, though it can affect some commercial industries as well. A person who is known to have a severe problem with overspending or to be continually sinking in debt may have their clearance revoked. This is because financial turmoil is of the driving factor behind commercial and government espionage.

Any one of these five reasons is enough to have a visitor’s access denied, whether that is access to a public facility or government security clearance. Many of the same strict guidelines are upheld in both fields. Modern security systems and third-party security firms make it nearly impossible to hide these problems in an attempt to maintain clearance.