Ada Lovelace Day: Celebrating the Achievements of Women in STEM.

What is Ada Lovelace Day?

Ada Lovelace Day is the second Tuesday in October and in 2021 that day is October 12th.  Ada Lovelace Day is an international celebration of women in the fields of science, technology, engineering, and math (STEM).  This day seeks to increase the profile of women in STEM to create role models that will encourage more girls into STEM careers and support women currently working in STEM.1

Ada Lovelace Day was created by Suw Charman-Anderson in 2009. she realized women did not have a voice in her industry. She believes that with enough voices celebrating their work, the visibility of these incredible women would increase, creating a powerful new group of role models for girls who are choosing the path of their education, and women in their careers.2

Who was Ada Lovelace?

Born in 1815, Augusta Ada Byron, the Countess of Lovelace and known as Ada Lovelace, is the daughter of famous poet Lord Byron and Lady Anne Isabella Milbanke Byron. Born into aristocracy, she was raised by her mother after her father left England.  Lady Byron was a mathematician.  Ada was homeschooled by tutors and encouraged her daughter to learn mathematics and science, which was unusual for young ladies during that time.3  She showed an aptitude for numbers and languages. Her education and social status helped her know and work with other well-educated individuals, like Mary Somerville (a Scottish astronomer and mathematician), Charles Dickens (author), and Charles Babbage (mathematician, inventor, and mechanical engineer) among others.

What did she contribute to STEM?

It was her relationship with Charles Babbage that began when she was a teenager that led her to contribute to technological advances.  Babbage is known as the “father of computers.” He created the difference engine and analytical engine which performed mathematical calculations.

Lovelace translated an article about Babbage’s analytical engine from French to English written by an Italian engineer named Luigi Federico Menabrea.  She not only translated the article but also included her thoughts and ideas on the machine. Her notes were three times longer than the original article. These notes were published in an English science journal using only Lovelace’s initials A.A.L., for Augusta Ada Lovelace.

The notes detailed how codes could be created for the device to handle letters and symbols along with numbers.3 She created an algorithm that was designed to be used with the analytical engine. For this concept, Lovelace is often considered to be the first computer programmer. She also hypothesized a method for the analytical engine to repeat a series of instructions, now known as looping, that computer programs use today. Lovelace also wrote other innovative concepts in the article.

Ada Lovelace did not attract notoriety during her lifetime. It wasn’t until a century after her death in the 1950s when B.V. Bowden republished her notes.  Since then, Ada is known to be the first programmer due to her written notes explaining how the notion of an engine could transition calculation to computation. She is one of the most famous women in technology and is even considered the “Prophet of the Computer Age”.  It was Lovelace’s notes on the Analytical Engine that Alan Turing used as inspiration for his work on the first modern computer in the 1940s3.  Lovelace has received numerous posthumous honors for her work and in 1980, the U.S. Department of Defense named a computer language “Ada” after Lovelace.3

“It was Lovelace’s notes on the Analytical Engine that Alan Turing used as inspiration for his work on the first modern computer in the 1940s.”

Alan Turing pictured with Joan Clarke and other members of the Hut 8 team who helped break the German Enigma Codes.

A 2006 study from psychologist Penelope Lockwood found that women need to see female role models more than men need to see male role models.1  Lockwood said “Outstanding women can function as inspirational examples of success, illustrating the kinds of achievements that are possible for women around them. They demonstrate that it is possible to overcome traditional gender barriers, indicating to other women that high levels of success are indeed attainable.”

This study inspired Suw Charman-Anderson to create Ada Lovelace Day.  Only 20-30% of the science and technology workforce in the US is women.  It is important to see women in technology and be role models for future children.  An important part of increasing girls’ interest in STEM is to show past and current women in STEM and celebrating their achievements.  UN Secretary General Antonio Guterres said, “I urge commitment to end bias, greater investments in science, technology, engineering and math education for all women and girls as well as opportunities for their careers and longer-term professional advancement so that all can benefit from their ground-breaking future contributions.”4

Written by Amanda A.

Amanda has a master’s degree in Clinical Psychology and has always been interested in science and technology.  Her first female role model in STEM was Sally Ride.  She is currently working as a proposal manager and with quality assurance.

Most of Visitor Vetting and Management Systems (VVMS) products are developed in Oracle’s PL/SQL language.  PL/SQL has been modeled on the Ada language named for and based on the work done by Ada Lovelace.  VVMS wishes to honor Ada Lovelace and all of the women who have made the services and products of VVMS possible! (K. J. Hunt) 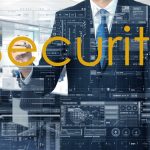 Protecting PII in the Days of COVID-19Blog, Security and Safety
Choosing and Managing the Right UPSBlog, Technology
Click to Call